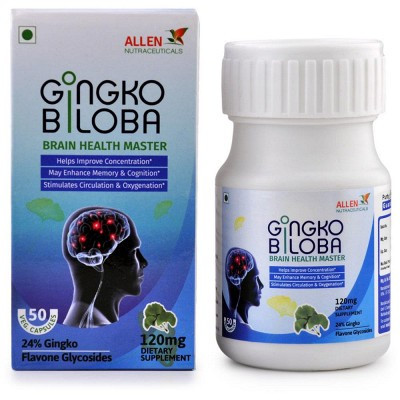 Ginkgo leaf is often taken for memory disorders including Alzheimer's disease. It is also used for conditions that seem to be due to reduced blood flow in brain especially in older people.

It benifits include improved thinking & memory as well as better social behaviour by improving the cognitive performance & the social functioning.

It improves cognitive function because it promotes good blood circulation in the brain. It is also useful for children with attention deficit/ hyperactivity disorder.

As a dietary supplement, take one capsule daily with water or as prescribed by the physician