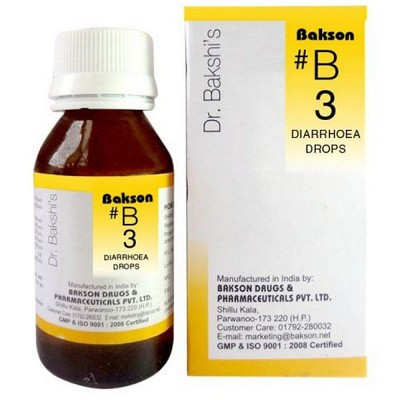 Acute Cases:10-20 drops should be diluted in water , 2 hourly, 6 times a day or as prescribed by the physician

Chronic Cases: Take 10-20 drops diluted in water 2-3 times a day. Maintain proper water intake to check dehydration or as prescribed by the physician

In intestinal spasms: take additionally B19.

In long standing cases with low vitality and poor reactivity: take additionally B41 ,10-15 drops once  daily.

During convalescence:  use Alfalfa to fight off exhaustion and fatigue.