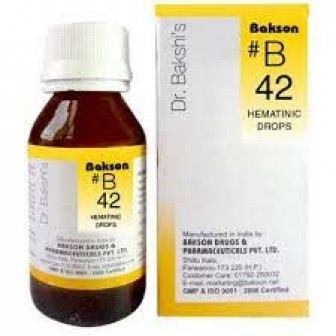 For anemia and proper circulation of blood.

Ferrum Mur : It affects the blood, causing hemorrhages of all kinds. Vascular and nervous irritability after hemorrhages. Anaemia. For hemorrhages, fever and other conditions.

Sulphur :  When carefully-selected remedies fail to act, especially in acute diseases, it frequently arouses the reactionary powers of the organism. Nervous circulation, producing a sort of plethora.

Take 10-15 drops in some water, 3 times a day before meals or as prescribed by the physician