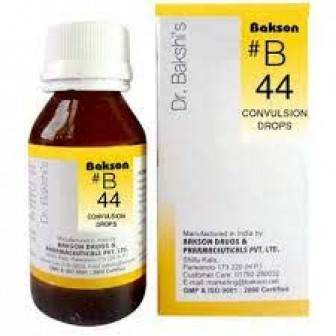 For cramps, spasms, convulsions and twitching of muscles.

In restlessness and excitement : B10.
Convulsions during teething : B18.
In Hysterical attacks : B53.
B45 is considered to be a useful complementary remedy.