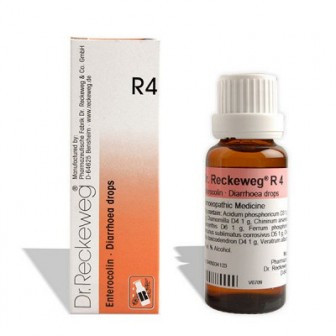 Chamomilla: Aqueous or greenish stools after a chill, colics. Diarrhoea during dentition (green mucus).-Diarrhoea from cold, from anger, from chagrin.Diarrhoea chiefly at, night, with spasmodic colic, mostly with slimy, and whitish or watery, or yellowish and greenish faeces, or mucus mingled with excrement, like eggs when beaten up; or hot corrosive faeces, of a fetid odour, like rotten eggs; or evacuation of undigested substances.

Oleander: Explosive pultaceous stools, colicky intestinal cramps, undigested stools. First diarrhoea, then hard, difficult stools; during pregnancy. Evacuation of the food which he had taken on the previous day. Involuntary stools; in children when passing flatus (every time they pass wind they soil the diaper).

Rhus toxicodendron: Watery diarrhoea, mucohaemorrhagic, restlessness, drowsiness. Result of getting wet. Dysentery; jelly-like, odourless stools, more frequent after midnight, preceded and followed by much pain with great restlessness.-Obstinate or dysenteric diarrhoea.Faeces perfectly white. Nocturnal diarrhoea, with violent colic, headache, and pains in all limbs (> after an evacuation or when lying on abdomen).Chronic painless diarrhoea, only in morning preceded by marked commotion in the bowels.Diarrhoea with tearing pains running down back of the leg with every stool.Involuntary stools when asleep at night.